How to Sample Indiana Ticks for Tick INsiders

This guide is intended to help you collect ticks for analysis by Tick INsiders. Below, we provide information on the three tick species sampled by Tick INsiders, including where ticks are found around the state, when to sample and places to look for ticks. Counties considered high priority for tick sampling are shown on the Tick Sampling Locations map. To view the tick sampling locations, click here 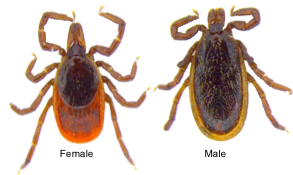